Disco Bingo is a fun virtual activity which reinvents bingo with a party twist! This virtual party game blends bingo and disco. Instead of numbers being called out, you’ll hear popular disco songs which everyone gets to sing and dance along to!
Your Disco Bingo host will be spinning the biggest hits to get your guests moving.

Players are each sent a unique digital bingo card before the game. Their bingo cards can be printed, or played on phones and computers. They’ll mark off the songs titles as they hear them being played.

Win a round by getting all the songs in a row, before competing to get a full house. There’s an element of competition, but the main aim is to have fun. Song choices and dialogue can be themed for your event. Disco bingo is a fantastic virtual event for occasions such as: birthday parties, Zoom mitzvahs, team fun, parties with friends and family. High energy and filled with laughs. 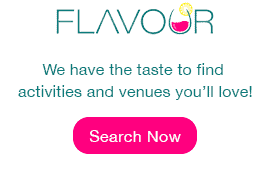 To add a venue to your favourites list, click the "add to favourites" button on the venue page